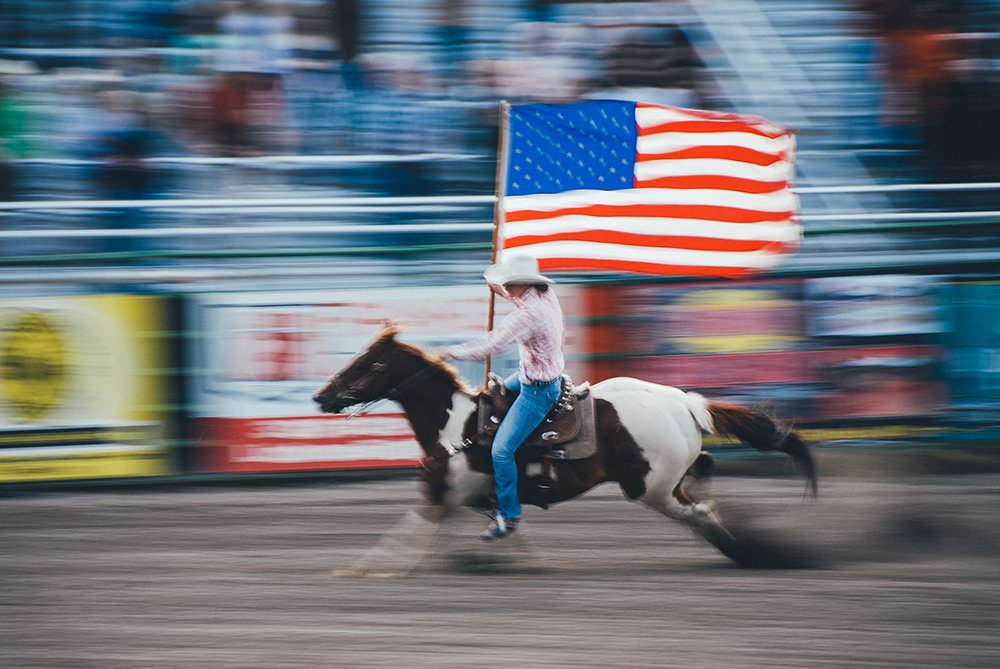 You and I both know how frustrating it can be when you feel like you’ve captured the greatest shot ever, only to discover it is blurry.  Let me help!  More often than not, blurry pictures are caused by shutter speed, and in this article,  I am here to help you learn shutter speed.  Learning shutter speed is important to help you avoid the dreaded blur in your images.

1. What is Shutter Speed?

A shutter is a covering, or curtain that opens at a certain rate of speed allowing light to reach, and expose the film or digital sensor to create a photographic image.

Think if it like the shutters on a window.

As those shutters open, light is allowed to enter the room, and as they are closed light is blocked from entered.  This is exactly how the shutter of your camera works as well.

Shutter speed is one of the three major components of exposure, along with aperture and ISO.  These there components determine the amount of light that reaches the digital sensor to create the image and therefore must be understood as you strive to become a great photographer.  Feel free to also check out my in-depth article on learning photography.  This article can help you make sense and put together all of these components of exposure to help you become a better photographer. 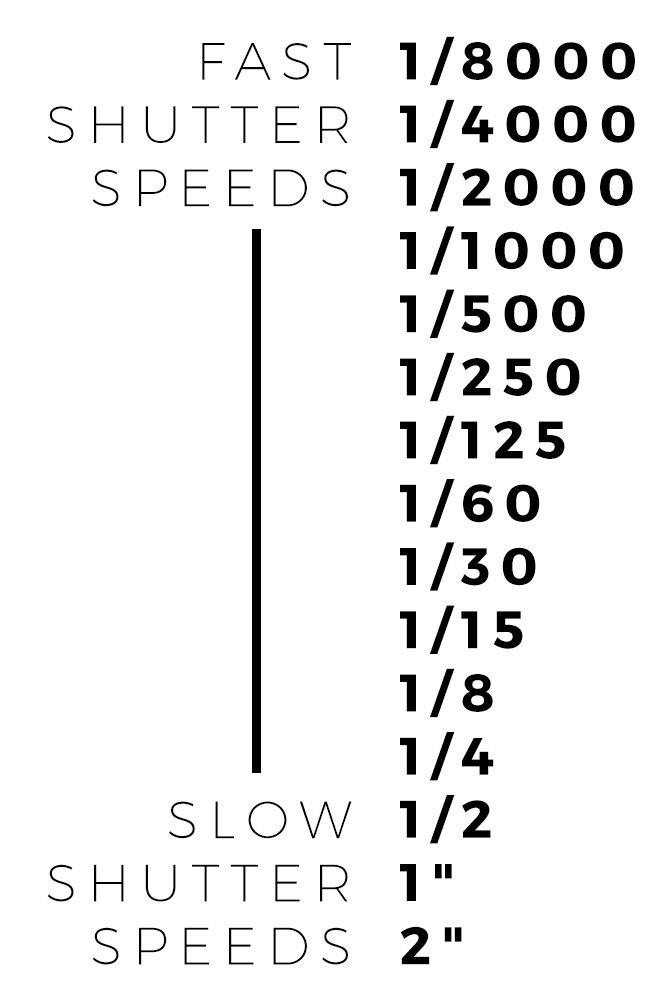 Math can be difficult for some, and therefore shutter speed can be confusing because it deals in fractions.

Don’t let that dissuade you as you learn shutter speed!

Hopefully, you remember from math class that when you have a large number on the bottom of a fraction, it means that fraction is tiny.

The shutter is opening and closing in eight-thousandth of a second.  Pretty freaking fast!

Slower shutter speeds will have a smaller number on the bottom of the fraction, as with 1/2.  This fraction represents one-half, meaning a half of a second. When discussing exposure settings, a half of a  second is a long time.

As your shutter speed drops to even lower speeds, you will cease to see fractions, and instead see whole numbers with a quotation mark after.

This quotation mark represents full seconds, so if you see 2″, it means your shutter speed is set to stay open for two full seconds.  A very long time indeed for photography.

And likewise, 1/500 is double 1/250. It is important to notice this fact because as you move from one shutter speed to the next, you are doubling or halving the amount of the light that exposes the digital sensor.

This doubling and halving of light is known as, stops of light, or just stops.

In photography, the benefit of referring to this doubling and halving of light as stops is that I can look at one your images and say, “this image seems two stops too bright.”

By saying this, you instantly know how to fix the picture; by removing two stops of light –by increasing your shutter speed two stops, from say, 1/125th to 1/500th.

Understand as you learn shutter speed, that it is only one of the three components of exposure (the other two being aperture and ISO).

Therefore the removal of two stops of light can be done by adjusting any of these components of exposure, either by itself or together with another.

If the shutter curtain remains open for an extended period of time, the amount of light that reaches the sensor is large.

Look at the images of our swinging monkey friends below. The image gets brighter or darker simply by me adjusting the shutter speed. The brightest image of all has a shutter speed of 1/4, or a quarter of a second.

Notice how I can darken the picture by increasing the shutter speed, moving it from 1/8th to any smaller fraction, 1/15th, 1/30th, etc…

Conversely, I can also add more light to the bottom image by adjusting the shutter speed to a larger number.

By doing this, the shutter speed will stay open longer and add more light to the picture. 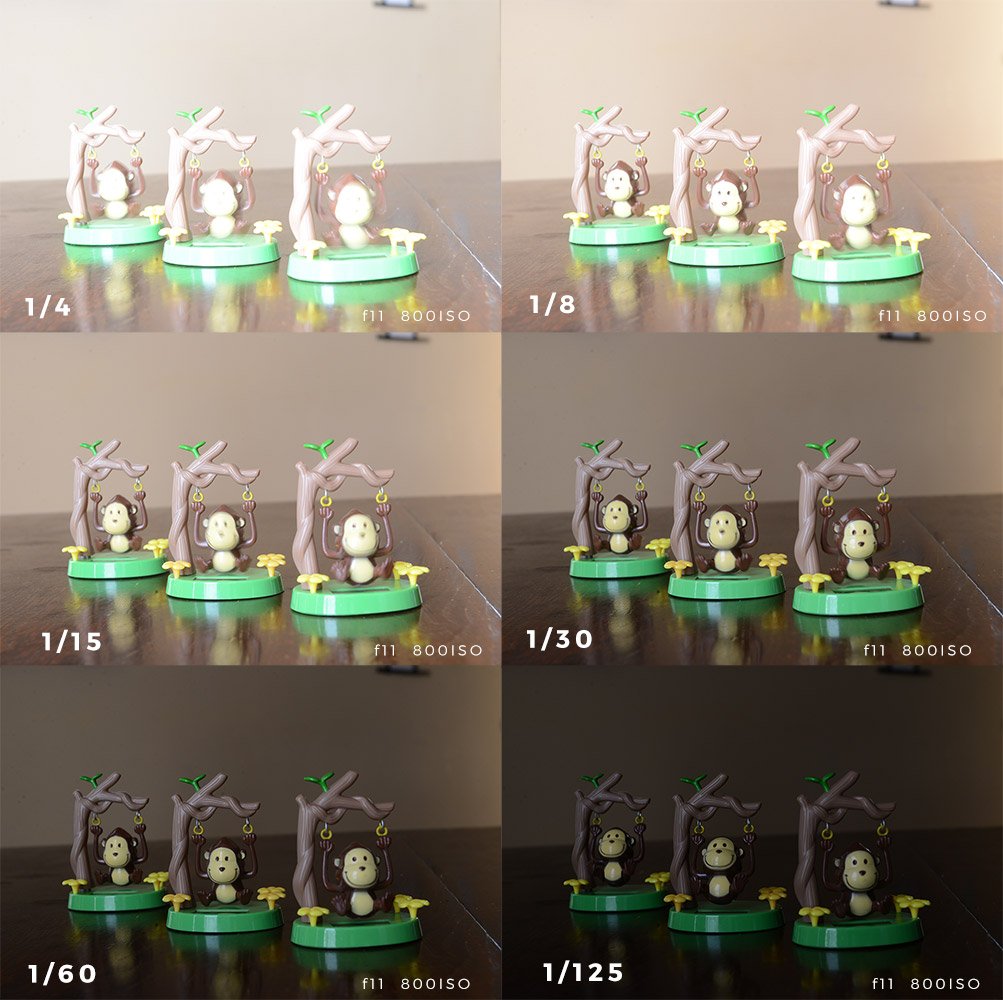 As you look closely at these images, you’ll notice that something else starts to happen as the shutter remains open for longer periods of time. The monkeys begin to get blurry.

This is a key point to understand as you learn shutter speed! When your subject is moving, your shutter speed needs to be at 1/60 or higher if you want the image not to be blurry.

Keep in mind, that these monkeys aren’t swinging that fast. The faster the subject is moving, the higher the shutter speed.

If the shutter speed is slow, meaning the shutter curtain remains open longer, you get what is called motion blur in your images.  Look at the diagram below of the figure running.  Notice how the runner is progressively more blurry as the shutter speed slows.

Objects that are stationary remain sharp as long as the camera is held steady.  Objects in motion will appear blurred. 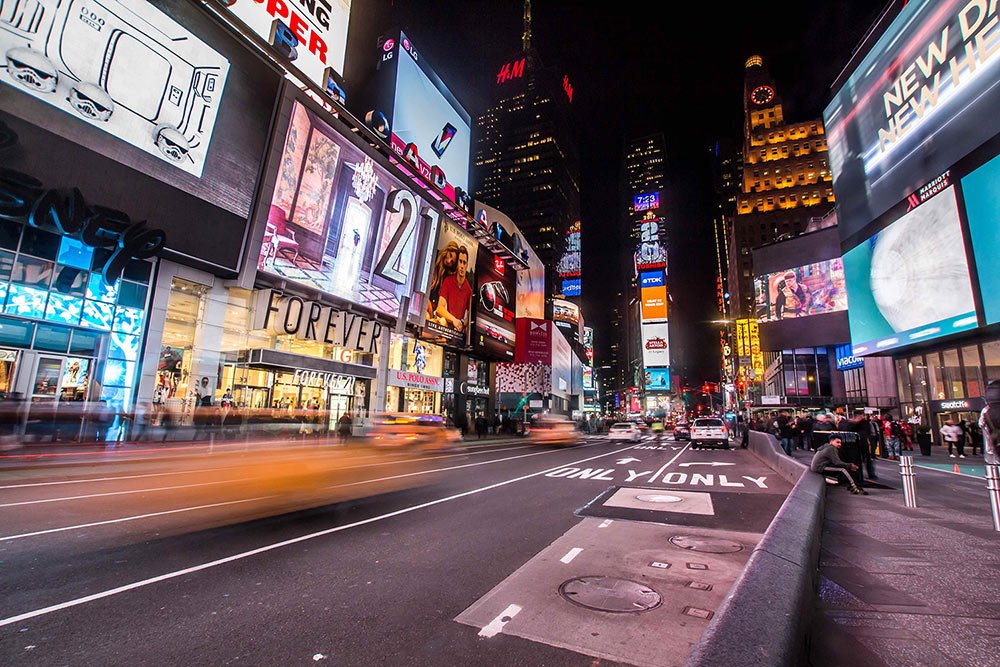 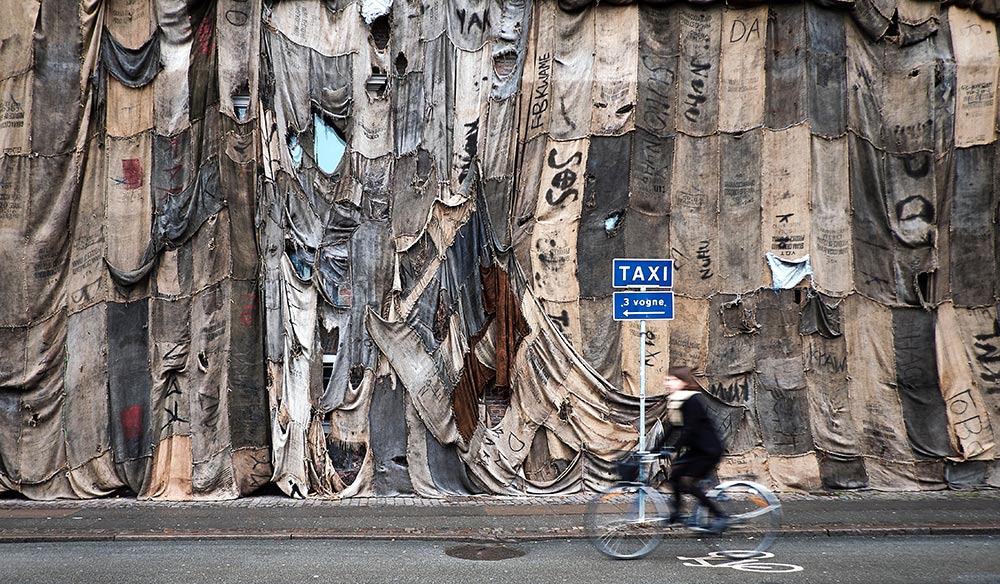 If your image goal is NOT to have motion blur, a key to remember as you learn shutter speed is to keep your shutter speed above 1/60th.

As you use longer shutter speed when shooting moving water, it gives that water smooth look. 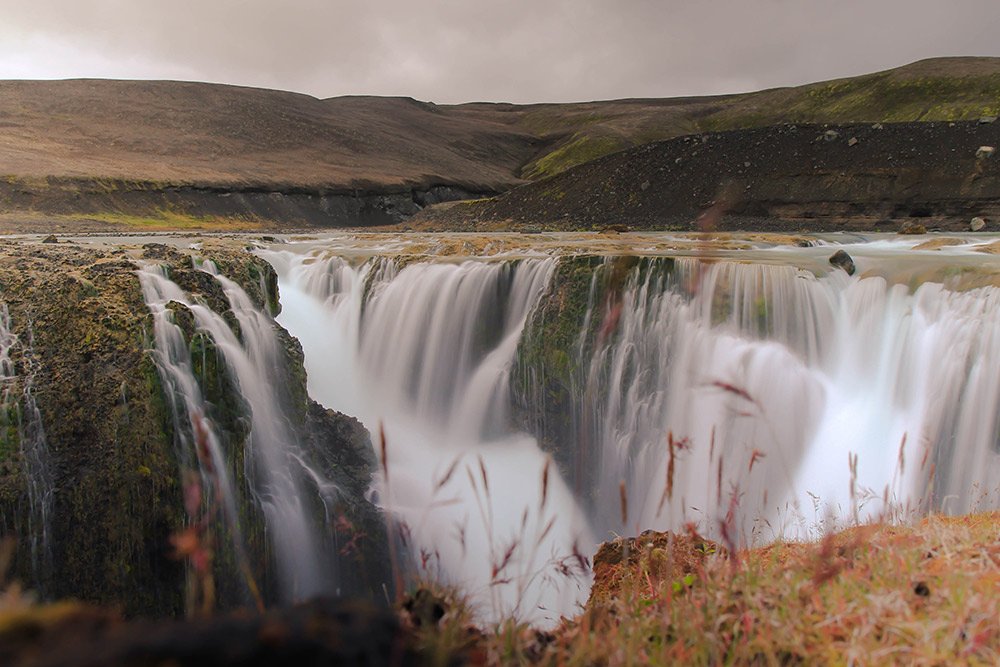 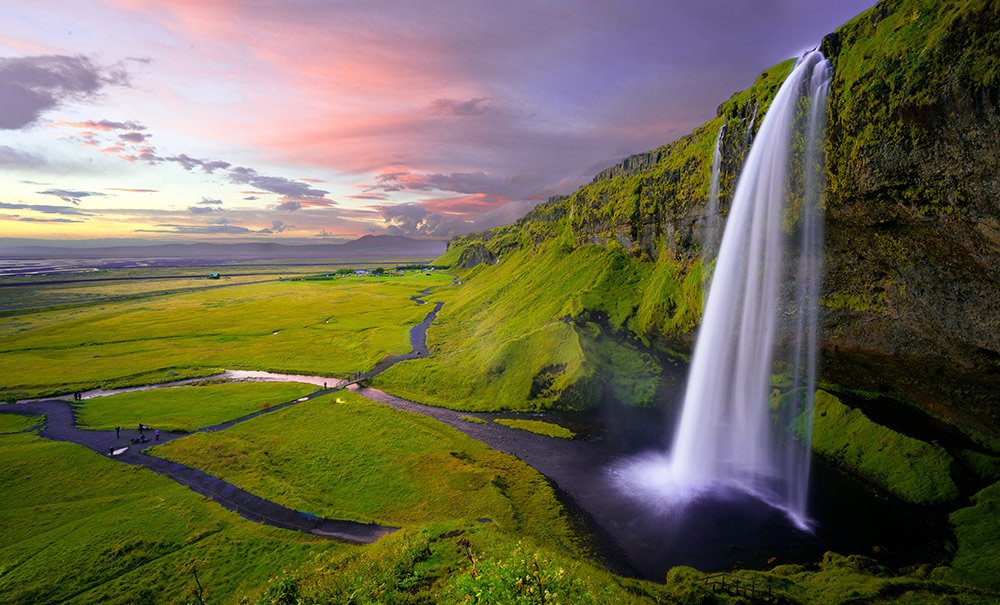 Shutter speed also gives us the ability to freeze action, very important as you learn shutter speed.  When something in your image is going to be on the move, and you want that object to remain sharp, you will need to make sure that you use a fast shutter speed.

By using a fast shutter speed, say 1/125th or higher, the shutter on the camera will open and close so rapidly, that the subject will appear frozen in motion.  Take a look at these images to see what I mean; they were shot with a fast shutter speed. 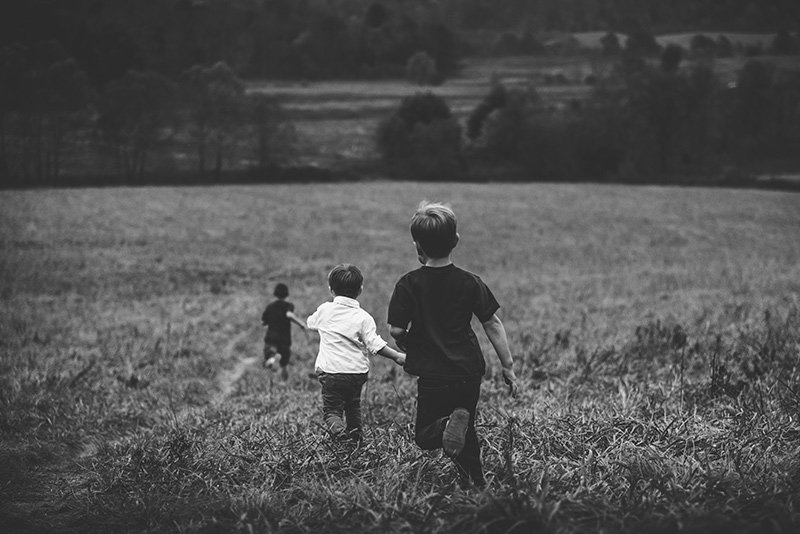 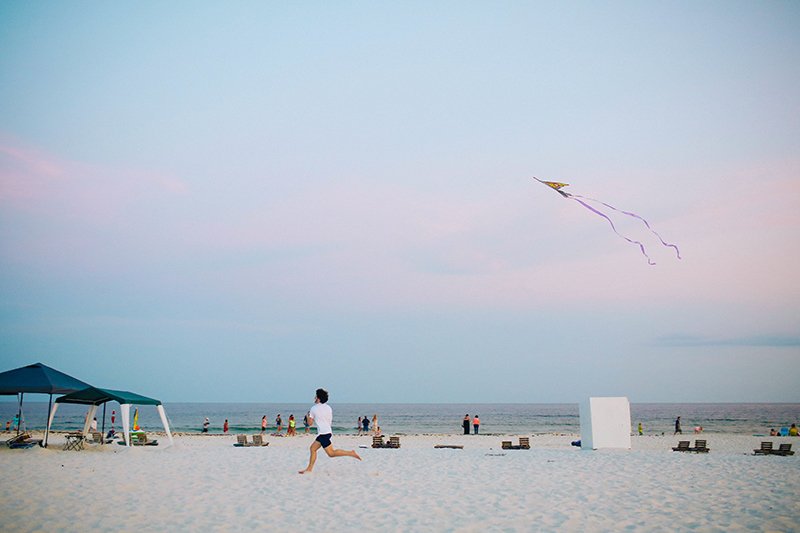 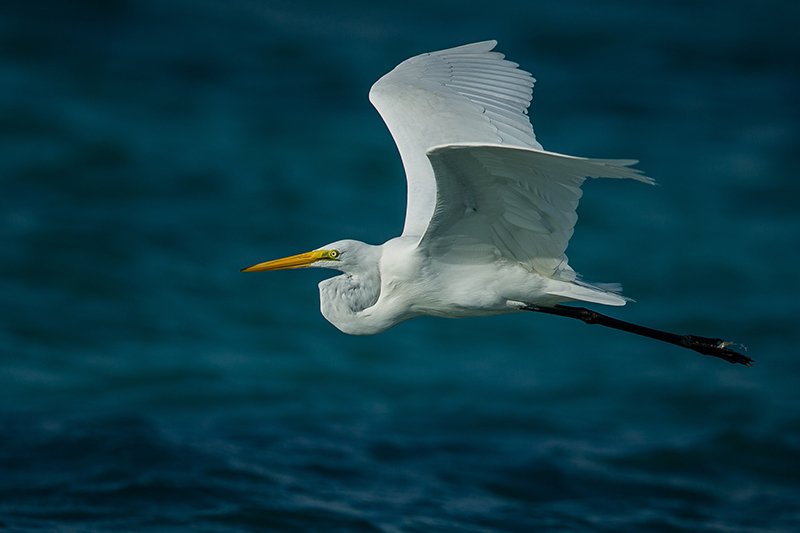 Especially when shooting images of kids playing, people running, and sports, fast shutter speeds will help you create images where the moving subject is tack sharp.

We have been talking about motion blur, which is caused by leaving the camera shutter open longer and capturing the movement of the subject.

To shoot this way, the camera has to kept stock-still, which usually means using a tripod.  But what does the image look like if the camera is moving as well?

I was shooting and wedding reception and wanted to capture some of the dancing with a slower shutter speed to give the feeling of motion.  So I dropped my shutter speed, knowing that it would allow the moving people to become blurry.

The image on the left is the first picture I took.

Apparently, I wasn’t holding the camera steady. You can tell because even the stationary objects like the walls and chandelier are blurry.  With the second image, I leaned against a wall and held my breath for this one-second exposure.

You can tell because the stationary objects are not sharp. 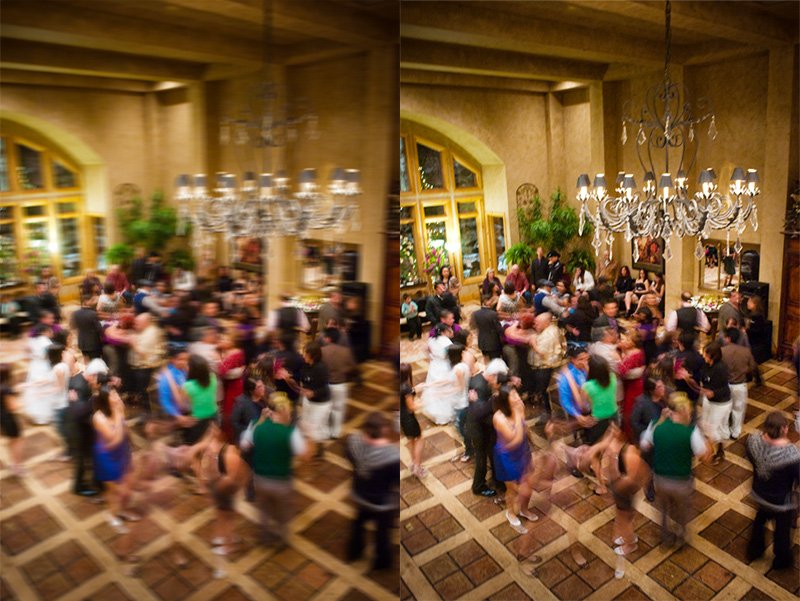 All human beings have a natural tremor, and this natural shake causes images to become blurry when the shutter curtain remains open too long.

Therefore as you learn shutter speed remember in order to remove camera shake, you must use a tripod or brace yourself to keep the camera steady.

Sometimes, camera movement is what you want in a photograph.  Take a look at the image below.  You can tell the subject is moving, the legs of the horse and the flag are blurred.

But the grandstand behind them is also blurry, and logic says that those are stationary objects.  So how is this accomplished?  We do this by panning the camera.

Panning the camera can be a difficult technique to master, but is a fun one to try. Start by setting the camera to a slow shutter speed.

This will blur objects in motion.

Next, move or pan the camera with the object on the move, working to keep the subject in relatively the same place in the image frame. As this happens, the subject will appear frozen while the background whizzes by, given a strong feeling of motion.

Give it a try as you learn shutter speed; it can be quite a fun technique to try to master.

I often get asked by people as they learn shutter speed, “What should my shutter speed be if I want to shoot _____,” you fill in the blank.  To be honest, there really is no exact answer to that question.

However, I have created a guide for you to know where to begin in finding the correct shutter speed.

By understanding shutter speed, you have the ability to take some pretty awesome images. It’s always good to keep in mind that if you have blurry images caused by motion, it is controlled and fixed through shutter speed.

Therefore, if you ever have an image that is blurry because of movement, you instantly should know that the solution will involve raising your shutter speed.

This is one of the main reasons why it is so important to learn shutter speed!

This same mindset also allows you to get creative when shooting objects that are moving.

Remember, practice makes perfect, so get out there and practice shooting with long and short shutter speeds.

As you do this, you will increase your creativity and learn to create images that are incredibly interesting to view.